Walk of Fame
Scroll Down THE GOVERNMENT HALL OF FAME 2022 An M.D. and a Ph.D. in physical chemistry, Collins devoted much of his life to molecular genetics and made several important discoveries, which led to his appointment in 1993 to lead the agency managing the Human Genome Project. The National Human Genome Research Institute finished its work in 2003. In 2009, President Obama appointed him director of the National Institutes of Health, where he served under three different administrations. He retired at the end of 2021. He was awarded the Presidential Medal of Freedom by President George W Bush in 2007. Harris was the first African-American woman to hold a Cabinet position. She served as secretary of Housing and Urban Development and later headed the Department of Health, Education and Welfare (which became Health and Human Services while she was leading it) in the Carter administration. Earlier in her career, Harris served as ambassador to Luxembourg, the first Black woman to be named to such a post. She arranged for an endowment to be created after her death in 1985 to provide stipends for Howard University students to participate in public service internships. 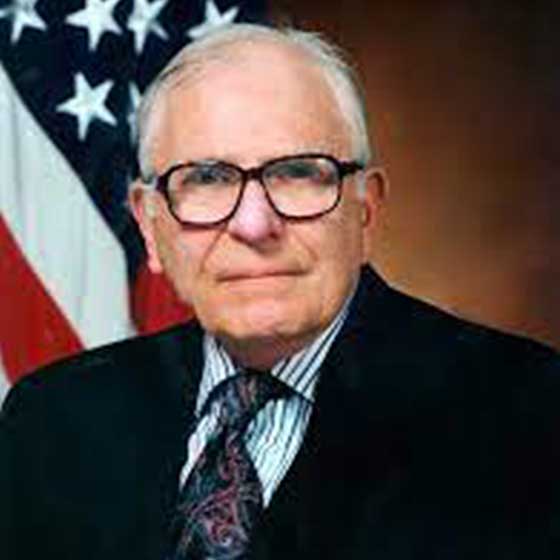 Hollis served for 56 years at the Defense Department, including 26 years as the deputy undersecretary of the Army for operations research until his retirement at the age of 80 in 2006. He was the highest ranking civil servant in the Army and in charge of Operations Research, Systems Analysis and Operational Test and Evaluation. This made him an extremely influential figure in the system development and procurement process. He was highly respected for his willingness to buck the Army hierarchy to avoid costly mistakes. Dr. Jackson is a renowned theoretical physicist and first African-American woman to receive a doctorate from M.I.T. in any subject. In 1995 she became both the first woman and first African-American to serve as chairman of the Nuclear Regulatory Commission. During her tenure, she instituted massive crackdowns on the nuclear power industry’s violations and assured NRC’s commitment to public health and safety. She was awarded the National Medal of Science, the nation’s highest honor for contributions in science and engineering by President Obama in 2016. A member of the famed African American fighter pilot unit known as the Tuskegee Airmen, McGee flew 409 combat missions in World War II, the Korean conflict and the Vietnam War. In the process, he won the Distinguished Flying Cross, the Legion of Merit, the Bronze Star, the Air Medal and the Presidential Unit Citation. In 2020, President Trump promoted him from the rank of colonel to brigadier general. McGee died at the age of 102 in 2022. In 1857, Parker, a Seneca Indian who was educated as both a lawyer and an engineer, was appointed by the Treasury Department to oversee the construction of a customs house in Galena, Illinois. There he became acquainted with Ulysses S. Grant, and served on the general’s staff during the Civil War. In that role, Parker made the formal copy of the terms of surrender presented at Appomattox. When Grant was elected president, he appointed Parker commissioner of Indian Affairs, the first Native American to hold the post. Staats shaped the Government Accountability Office (then known as the General Accounting Office) over four presidential administrations. In a federal career spanning 50 years, he worked in the Bureau of the Budget beginning under President Franklin Roosevelt in 1939. After several promotions, he became comptroller general in 1966. There he broadened GAO’s work, conducting high-impact oversight of federal elections, Vietnam War spending, energy, consumer protection and other issues. A pioneer in tracking the prevalence of autism among children, Yeargin-Allsopp is chief of the developmental disabilities branch at the Centers of Disease Control and Prevention. After joining the CDC in 1981, she saw the need for better information on developmental disabilities among children. She devised an innovative study to address the issue, leading to a movement to provide better services to children with such disabilities. Yeargin-Allsopp was the recipient of the 2018 career achievement award in the Service to America Medals program.